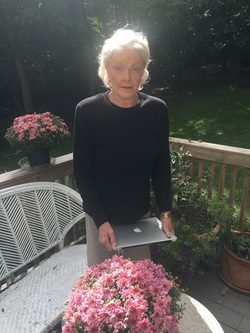 In 1995, received the first National Parent's Day Award from President Clinton for
"your efforts in strengthening step relationships in families across America and  thus contribute to effective parenting."

Jeannette Lofas was the first person to uncover and present the here to fore unknown dynamics, ways of functioning of the stepfamily. Previously there were no know answers. The first answers were put forth in Lofas' first book, LIVING IN STEP, McGraw Hill with Ruth Roosevelt in 1975. Lofas then went on to found the Stepfamily Foundation, Inc. in 1976. The rest is a history of work, research, a system for counseling, books and years of appearing on TV and in the press.  She was lauded and heralded as the discoverer and founder of new stepfamily movement.


* * * Fluent in German and French: ability to communicate in Spanish and Swedish